On Assignment for NGOs Not For Sale and GTR

I was in Timisoara, Romania, a beautiful western city close to Belgrade for two days this past week documenting the critical work of GTR for their American partner Not For Sale. The NGOs help victims of human trafficking in Romania which is a center for the exploitation of young women in Europe. GTR runs a home in Timisoara where women can stay as long as they need to in a loving and supportive environment.

"Romania’s unique geographical position as a gateway between Europe and Asia makes it a source, transit, and destination country for human trafficking. Victims of all ages are trafficked for prostitution, forced labor, organ trafficking, to be used as surrogate mothers, and into criminal rings used to steal, beg, etc. Children, women, and those of mental disabilities are particularly at-risk in Romania to be used in prostitution, pornography, as surrogate mothers, or drug trafficking.

When Romania joined the EU in 2007, border control became simplified, making it easier to traffic men, women, and children in and out of Romania. In 2009, the government restructured its lead anti-trafficking agency- leading to a significant negative impact on the progress towards combating human trafficking. No federal funding was provided, causing many NGO’s to close down or divert their focus elsewhere. Many argue Romania is left without a reliable government agency to provide direction, implement and protection for trafficking victims." 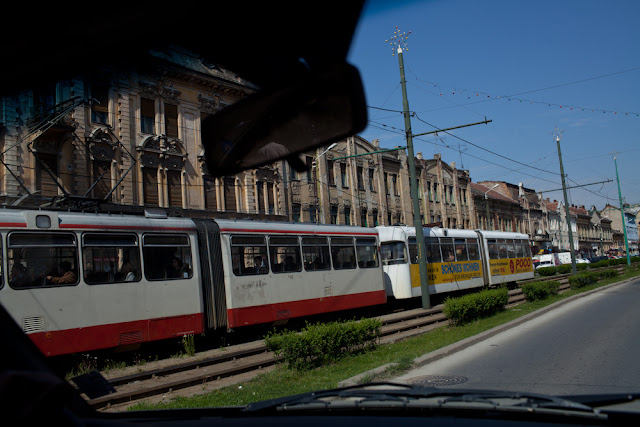 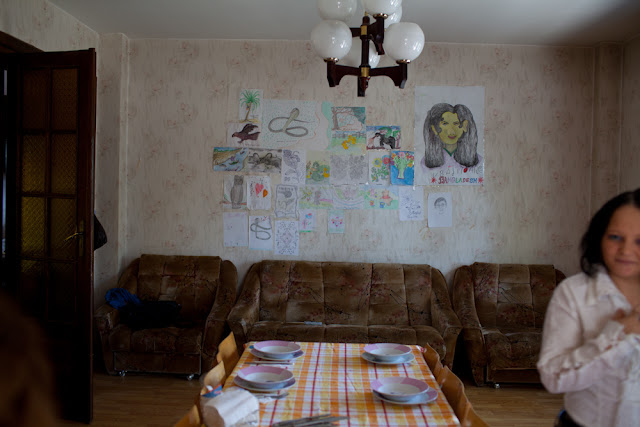 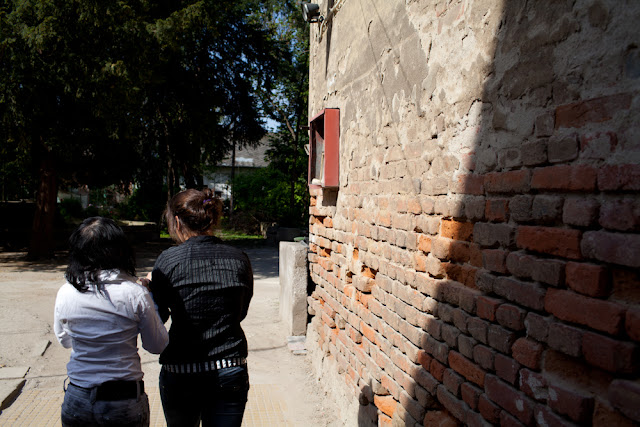 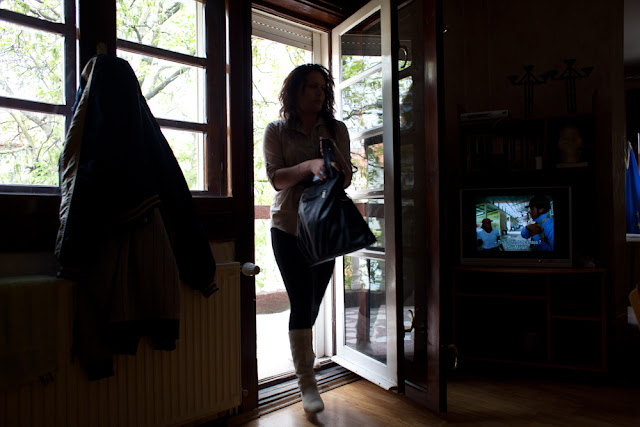 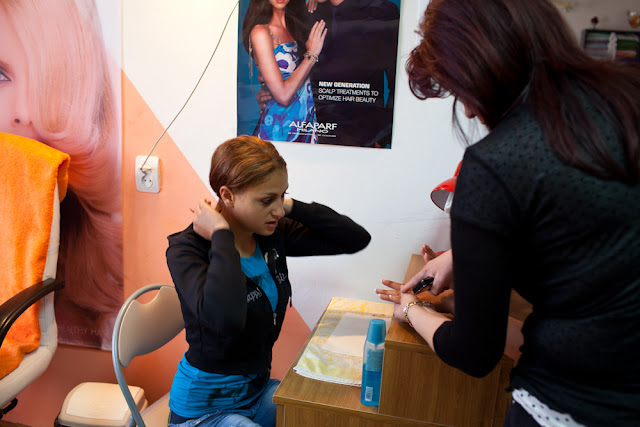 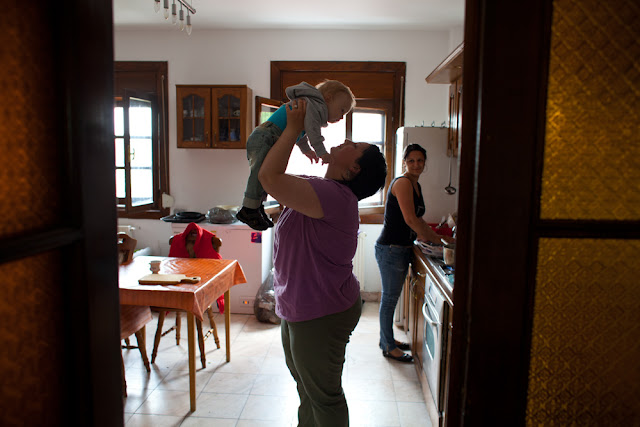 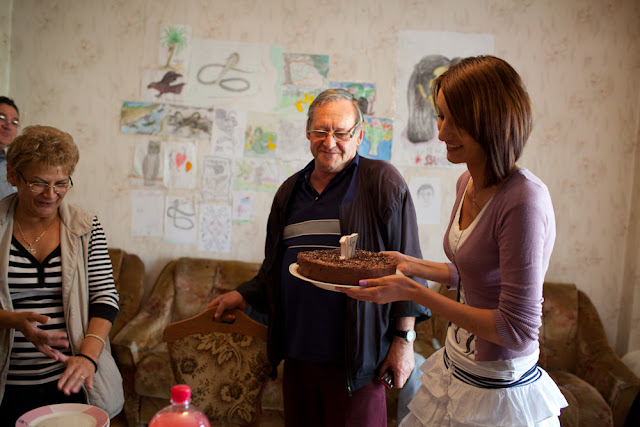 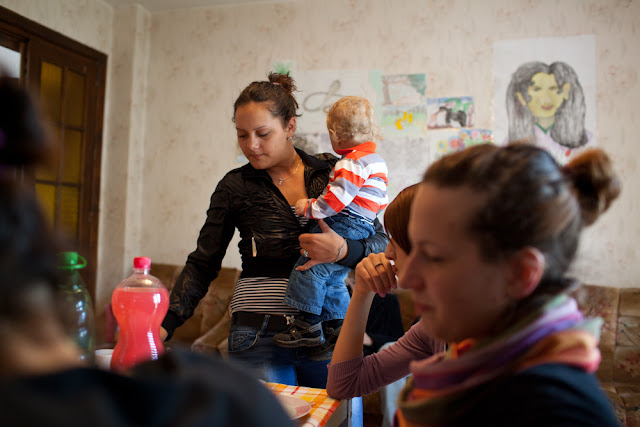 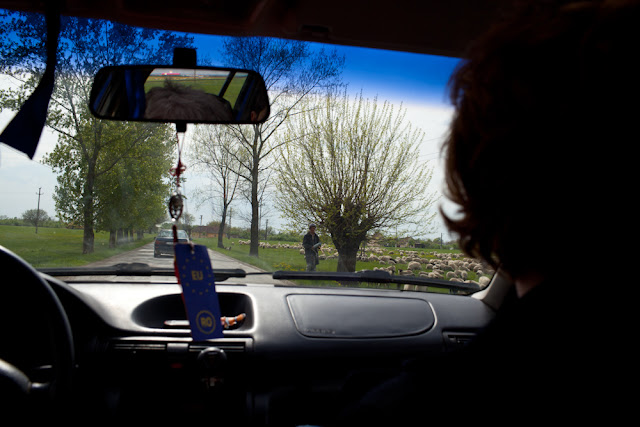 Posted by Emese Benko and Davin Ellicson at 1:12 PM No comments:

Email ThisBlogThis!Share to TwitterShare to FacebookShare to Pinterest
Labels: gtr, NGO, not for sale, romania, timisoara

The IDC Photo Blog Featured Me 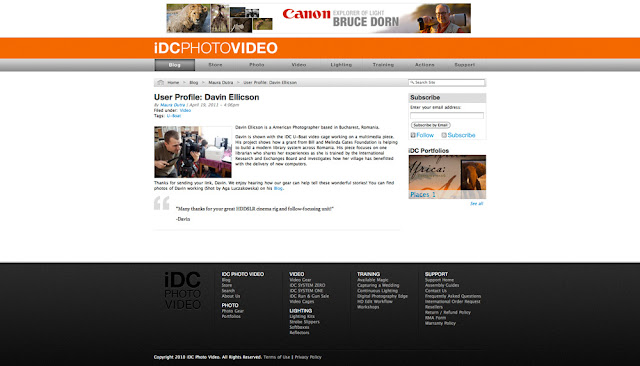 Bruce Dorn of IDC Photo Video in Arizona makes great HD DSLR rigs and follow focusing units. He featured me on his blog a few days ago. The shoot was for the US based NGO IREX (International Research and Exchanges Board) which has a grant from The Bill and Melinda Gates Foundation to build a modern library system across Romania. Click the image above to go to IDC's Blog. You can see our audio slideshow for IREX here.
Posted by Emese Benko and Davin Ellicson at 12:04 PM No comments: 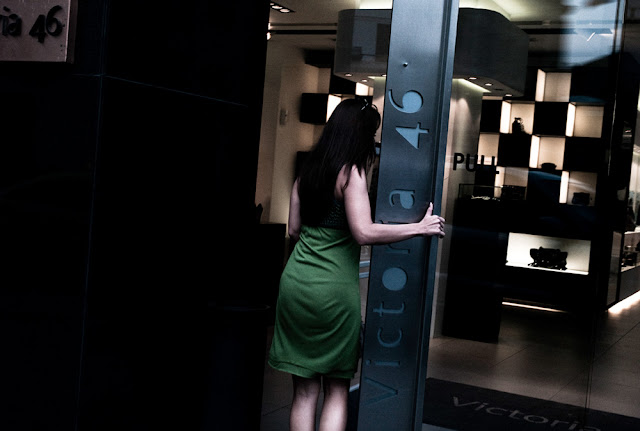 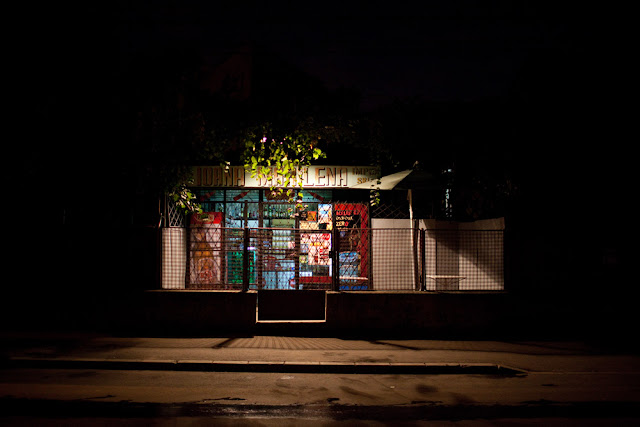 Join Davin Ellicson for an intensive street photography workshop in May 2011 in Bucharest, one of Europe’s least known capitals.

The city is a beguiling place which still suffers from outdated Communist-era stereotypes. Well off the tourist track, there is a raw energy to Bucharest that has to be experienced to be believed. Globalization has yet to run its course here and a curious blend of old and new Europe exists side by side.

Davin will be working closely with participants and providing daily critiques. The goal is to perfect one’s street shooting skills and the art of spontaneous photography by exploring Bucharest as well as how to edit — select and sequence your photographs — intuitively. It’s a workshop open to amateurs and professionals alike.

Through group as well as one on one discussions of the best work, participants will see their picture making skills improve. Technical, theoretical and aesthetic issues will be discussed as attendees work towards honing their individual visions.

The workshop will begin with individual portfolio reviews and Davin will show his own photography as well as the work of classic masters. We will then discuss the principles of street photography before we head out to explore the streets of Bucharest.

On Sunday morning Davin will review saturday's work as well as give a tutorial on the archiving and image manipulation software called Adobe Lightroom that he highly recommends.

The workshop is limited to 12 students.

Transportation, meals, and other expenses are not included.

Davin is a freelance photographer based in Bucharest, Romania.

Since 2000 Davin has been transfixed by the Eastern European country of Romania. Immediately after finishing college he even went and lived for a year with peasants in a village in the Carpathian mountains lost somewhere in the 18th century. The photographs from this period became his first major project: Maramures. Today, Davin works between New York and Bucharest, a beguiling little known EU capital that is in the midst of dramatic change and cultural regeneration after Ceausescu. An ongoing series on the city comprises his next book project.

Davin's work has appeared in such publications as Der Spiegel, The New York Times, ART and The Chronicle of Higher Education. He has worked with the NGO's Ovidiu Rom and IREX. Ellicson's photography projects have been exhibited worldwide including at The Phodar Photography Biennial in Bulgaria, The Takashimaya Department Store in Tokyo, Japan and at The East West Gallery in Vienna, Austria. Awards and honors include two honorable mentions in Jen Bekman's Hey, Hot Shot! contest, the portfolio award at The 2009 Phodar Photography Biennial and a Larson Fellowship from Carleton College to photograph Saami Reindeer Herders.

Davin is represented by the Anzenberger Agency in Vienna, Austria.

My ongoing project about Bucharest is in Vice Romania today 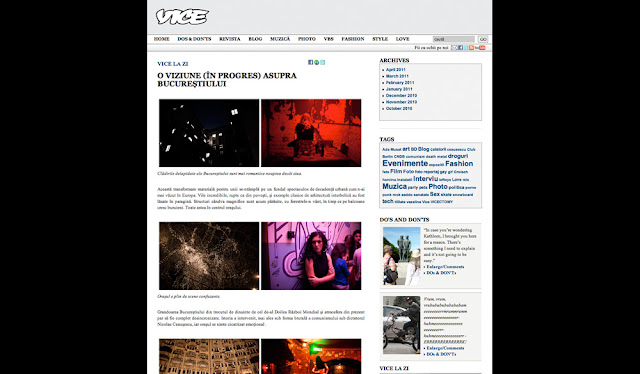 Click on the screen shot above to see the story.
Posted by Emese Benko and Davin Ellicson at 12:56 PM No comments:

Select mentions on the web